+ Gene LeBell, Famed Stuntman and “Godfather of Grappling,” Dies at 89

A major hit to the community with the loss of this Legend.

“A martial artist and judo champion, he taught Bruce Lee, fought in an early mixed martial arts fight, and served as an inspiration for a Tarantino character.

Gene LeBell, the colorful judo champion, wrestler and stuntman who trained Bruce Lee, fought Elvis Presley and John Wayne in the movies, and was an inspiration for Brad Pitt’s character in Once Upon a Time in Hollywood, has died. He was 89.

Affectionately known as the “Godfather of Grappling” and “Judo” Gene LeBell, he was a two-time AAU national judo champion early in his career. Later, he taught his masterful submission techniques to Lee, Chuck Norris, pro wrestler “Rowdy” Roddy Piper, MMA fighter Ronda Rousey and many, many others.” 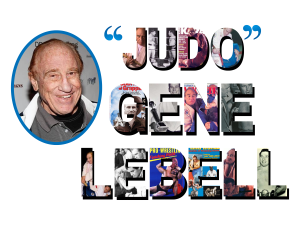 Check out more at https://www.hollywoodreporter.com/movies/movie-news/gene-lebell-dead-famed-stuntman-godfather-of-grappling-dies-1235196322/